Real Answers For Those With Mesothelioma

Get Your FREE Book Now! 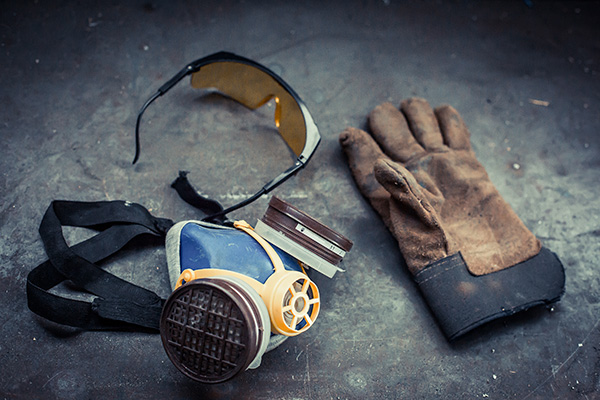 A Los Angeles County jury has awarded a mesothelioma victim and his wife $32.8 million in a disturbing case involving a faulty respirator.

The victim (plaintiff) worked at Foundry Service & Supplies from 1972 to 1992. To protect him from asbestos at work, the Torrance, California-based machine shop provided an R2090 respirator manufactured by American Optical Corporation. According to the plaintiff’s complaint, the respirator was defective and provided substandard protection against the asbestos dust that he encountered daily.

Per Pacer Monitor (PM), following his diagnosis, the plaintiff sued American Optical Corp. and several other companies, including Cabot Corp., CBS Corp. (also known as Viacom Inc.), Foster Wheeler LLC, General Electric Co., Indasco Inc., Los Angeles Rubber Co., Metropolitan Life Insurance Co., Pfizer Inc., and Warner-Lambert Co. While several of the defendants settled out of court or had their cases dismissed early on, the suits against American Optical Corp. and Los Angeles Rubber Co. moved forward. Before the introduction of evidence, however, Los Angeles Rubber Co. resolved the claims against it, so the case continued against American Optical Corp. on the claims of negligence, design defect, manufacturing defect, failure to warn, intentional misrepresentation, and concealment.

The plaintiff underwent six rounds of systemic chemotherapy to treat his mesothelioma, along with a treatment known as cytoreductive surgery with hyperthermic intraperitoneal chemotherapy (HIPEC), which involves filling the abdominal cavity with chemotherapy drugs that have been heated. The plaintiff sought damages in the amount of $1.8 million and additional damages for past and future pain and suffering. The plaintiff’s wife, age 60, sought recovery of damages for loss of consortium. The couple also sought recovery of punitive damages.

If you have been exposed to asbestos, see your doctor right away. Even if you do not have symptoms, your doctor can assess your risk of developing mesothelioma and set up a monitoring plan that could help detect the disease sooner. Although there is no cure for mesothelioma, early detection could lead to better treatment options and outcomes. See your doctor to assess you risk today.

Speak with our Experienced Advocates